Thank you for making Rare Disease Day 2020 a success! 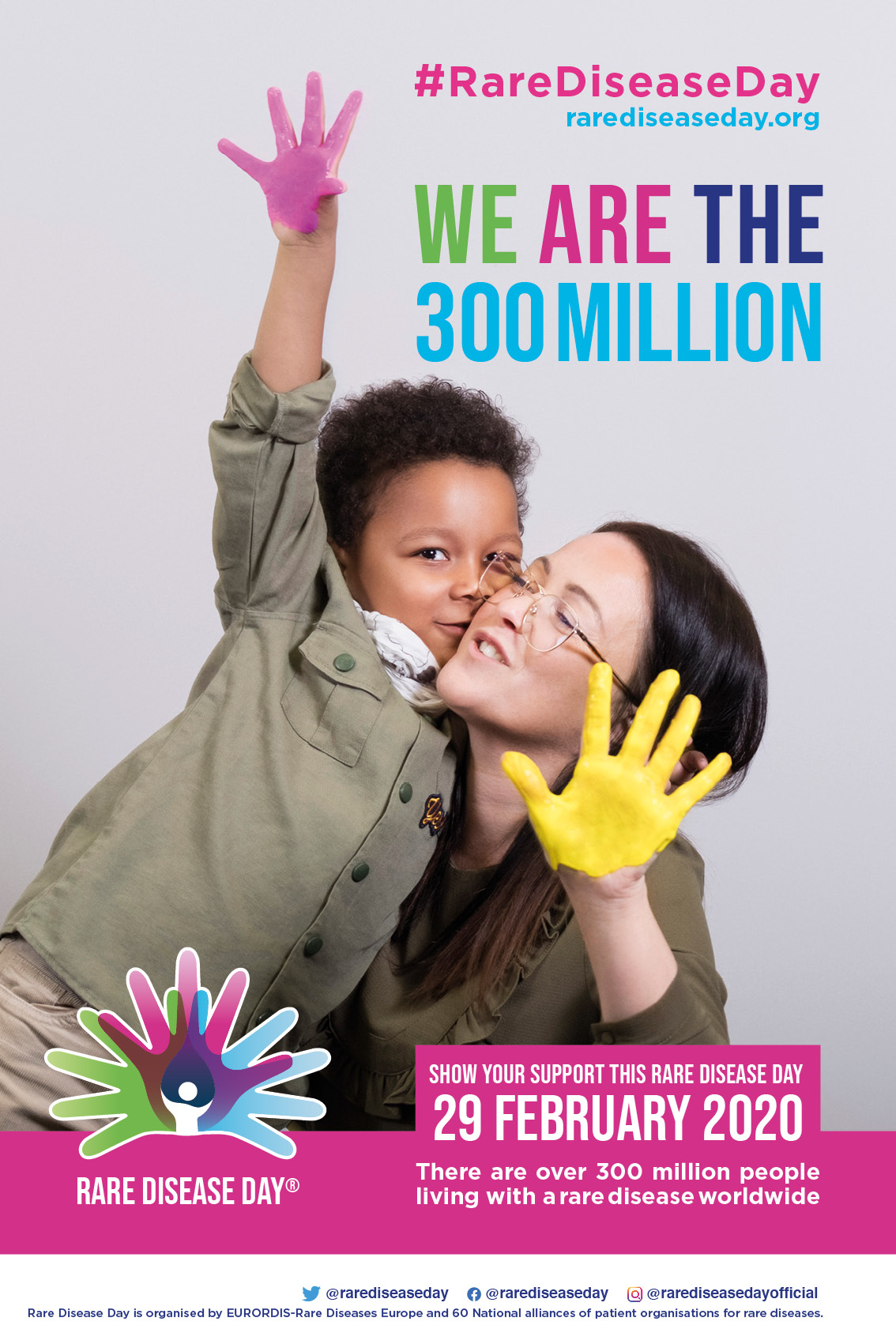 Saturday 29 February was the 13th edition of Rare Disease Day. The campaign continues to grow each year since it was first launched in 2008. Thousands of events were organised over 100 countries and regions to mark the occasion.

The community joined together across borders and across diseases to show that Rare is many. Rare is strong. Rare is proud!

Did you host or attend a Rare Disease Day event in 2020? Upload your photos and videos to our website and send us your press clippings and links to videos if you had any media coverage to [email protected].

People around the world were inspired by the campaign visuals to share photos using colourful hand-paint to raise awareness. 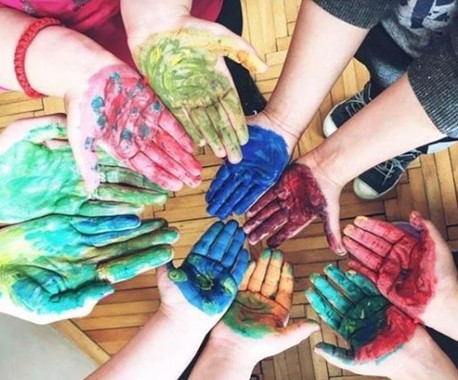 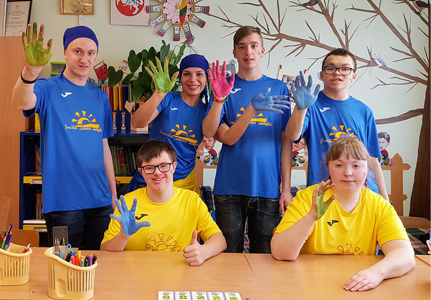 World famous landmarks including the world’s tallest building, the Burj Khalifa in United Arab Emirates, the Colosseum and the Leaning Tower of Pisa in Italy and several monuments in Australia were illuminated in the colours of Rare Disease Day in a symbol of support for the rare disease community! 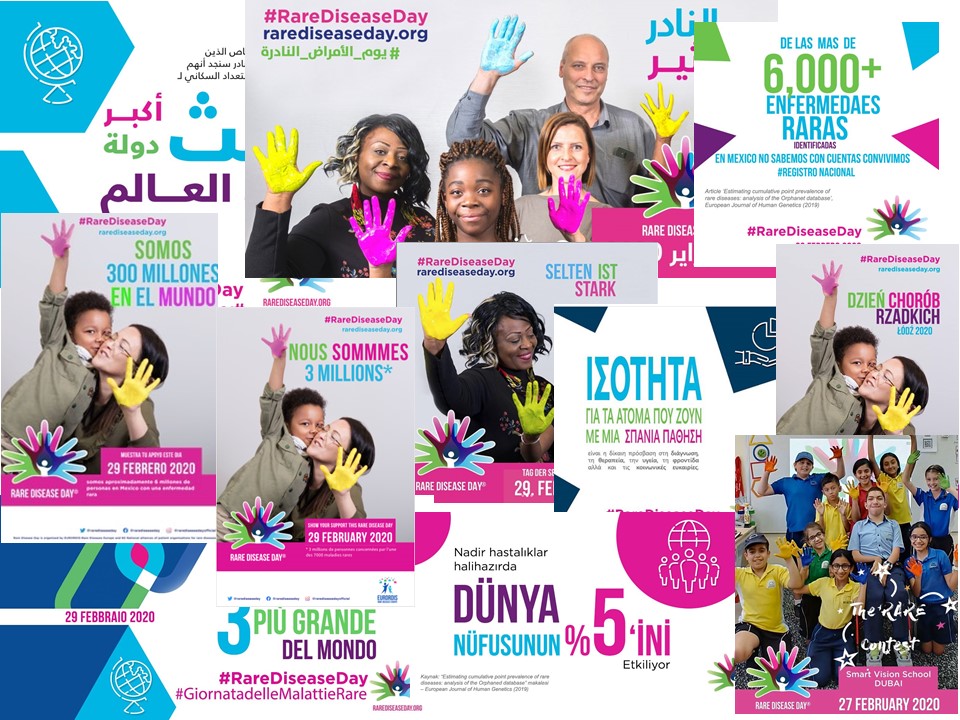 The Rare Disease Day 2020 campaign focused on creating adaptable and editable campaign materials to be translated in over 30 languages all around the world. Together we educated the public about key facts and figures on rare diseases.

The official poster highlighted the fact that although the diseases are rare they affect more than 300 million people around the world. The Rare Disease Day campaign materials have been downloaded a record of over 35 000 times.

On Rare Disease Day we called for increased equity for people living with a rare diseases and their families, including greater social inclusion and equity in access to diagnosis, treatment and care.

A fact sheet on advocating for equity for people affected by rare diseases was produced and countries used key statistics and the campaign infographics to campaign for equity at local level.

Significant advances in national rare disease policy can be seen with the launch of the first national plan for rare diseases launched in Australia and Serbia.

A Rare Disease Day policy event was organised by EURORDIS-Rare Diseases Europe at the European Parliament where MEPs showed their support for improving equity for people living with a rare disease. 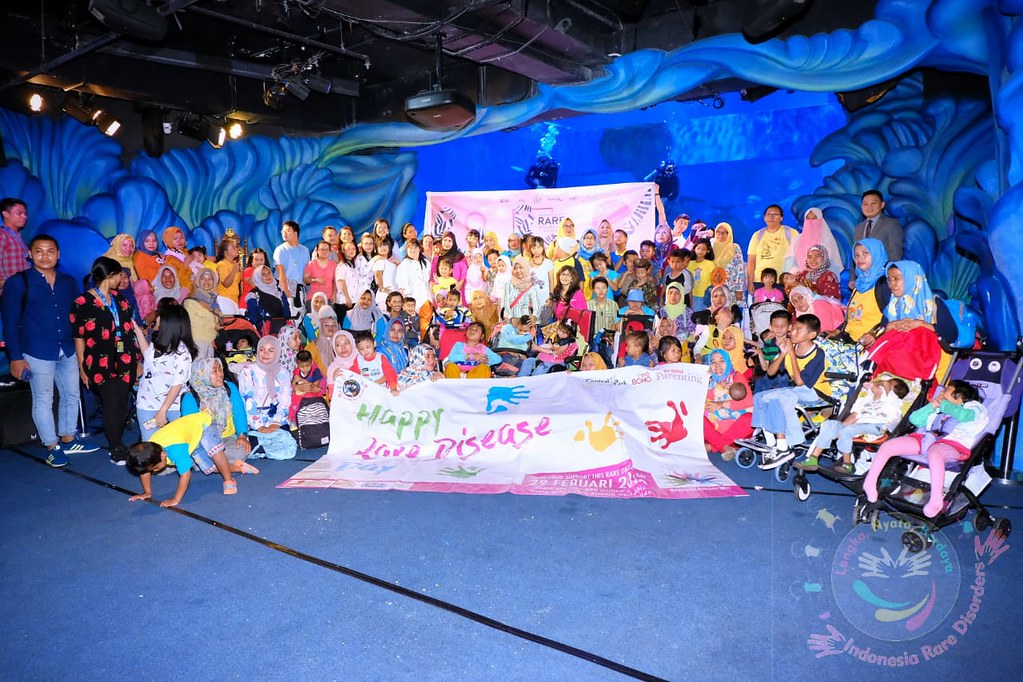 Around the world all stakeholders joined in on social media to share updates on their activities and messages of solidarity throughout the day. The official hashtag #RareDiseaseDay trended in a record 13 countries across 5 continents including Australia, Canada, France India and Mexico.

Thank you to our Online Ambassadors @sarageurts, @tummyandgummy, @oddlyyvie, and Jana Popova for showing your support on social media!

Rare Disease Day was reported from around the world including in Belgium, Peru, Singapore and the United States.

We want to hear from you!

Did you host or attend a Rare Disease Day event in 2020? Upload your photos and videos to our website and send us your press clippings and links to videos if you had any media coverage for our media page at [email protected]!

EURORDIS as coordinator of the Rare Disease Day campaign gives a special thanks to the 60 national alliance partners representing over 53 countries who are driving patient engagement in the campaign at national level.