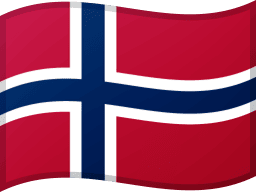 Rare Disease Day has been celebrated in Norway since 2007 when the following three organisations joined forces: Nasjonal kompetansetjeneste for sjeldne diagnoser (Norwegian Advisory Unit on Rare Diseases), Funksjonshemmedes fellesorganisasjon (The Norwegian Federation of Organisations of Disabled People) and Unge Funksjonshemmede (the he Norwegian Association of Youth with Disabilities).

Each year they raise public awareness of Rare Disease Day by hosting a conference for persons living with a rare disease, their families and health professionals.They also promote the event through gaining press coverage, securing interviews on national television and by running a social media campaign.

In 2020 Norway hosted nationwide lectures on rare diseases for hospital staff and an annual conference focusing on a new national strategy for Norway including access to treatment and living your life with a rare disease. An open meeting to discuss rare disease and partake in challenges and Q&As was held in Oslo city centre.

Do you know of any events not listed here? Or would you like to get involved? Email us at [email protected].