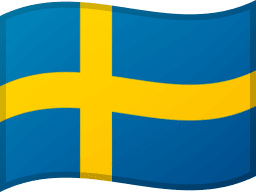 Sweden has taken part in Rare Disease Day celebrations since its beginning in 2008, when the Swedish Crown Princess Victoria publicly showed her support for the day. Patient organisations have used the occasion to create films on rare diseases, for example on the state of healthcare improvements, and to host educational seminars across the country. In 2016, Rare Diseases Sweden hosted a film festival, in order to show award winning and critically acclaimed films and talk about topics related to rare diseases.

2020 saw a variety of exciting inclusive activities and events held for the rare disease community. Including educational meetings and lectures and the annual Sallsynta Stories film festival providing the community with the opportunity to learn more about rare diseases through networking sessions, discussions as well as films and documentaries.

You can also get involved! Write to us at [email protected].

Center for Rare Diseases in Stockholm