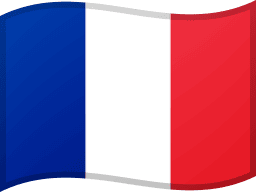 France has taken part in Rare Disease Day since its debut in 2008. Key events have included public gatherings in Paris, a book of rare disease patient stories, and the annual awareness raising campaign aboard national trains and in cinemas. There have also been educational programs launched in French public schools and smaller, regional events. Conferences on rare diseases inform the public of ongoing struggles; and information stands run by the National Alliance Maladies Rares have helped to raise awareness in shopping centres, hospitals and churches.

In view of the sanitary context, the ‘Alliance Maladies Rares’ and its regional delegations will organise between 6 and 28 February 2021, a rare disease awareness campaign on social media for the general public and a regional illumination of monuments.

The Alliance Française, which is coordinating the day in France, was keen this year to work with all rare disease stakeholders under the same banner. This year, volunteers, member associations, rare disease health sectors, rare disease expertise platforms and members of the Rare Disease Platform will be called upon to relay various special events on social media.

This campaign will show through testimonials from patients, doctors… the 3 challenges for patients and carers:

You can also get involved! Do you know of any events not listed here? Email us at rarediseased[email protected].

[ENG] On the occasion of the Rare Disease Day 2021, ​Dúshlán is organizing an online event on Feb. 28h, from 11h… END_OF_DOCUMENT_TOKEN_TO_BE_REPLACED