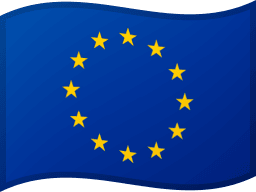 Rare Disease Day was created by EURORDIS-Rare Diseases Europe and its Council of National Alliances in 2008, and it has grown steadily in momentum ever since!

Each year  EURORDIS coordinates Rare Disease Day at the international level, as well as with the National Alliances, patient organisations and other groups at the national and local levels.

European-level institutions, including the European Medicines Agency and the European Commission, lend their support to the day by displaying the Rare Disease Day logo on their websites.

To mark Rare Disease Day 2021, the European CMT Federation is hosting a global ‘Faces of CMT’ Photography competition in… END_OF_DOCUMENT_TOKEN_TO_BE_REPLACED

Rare is many, grow in the light and Bloom

Stichting SpierKracht Netherlands reaches out global. Covid 19 has quarantined a lot of  families in the house. With our 2021… END_OF_DOCUMENT_TOKEN_TO_BE_REPLACED